I finally found my elusive boat….or rather the elusive boat that I had oh so painfully been searching for……found me.
And what do you know? It just turned out to be a flash superyacht!
So I hear you ask…how did you finally manage it Kyles?

Well after 4 months of desperate searching and I truly reckon over 400 emails later (to yacht clubs, cargo ships, harbour masters, sailing rallies, cruise liners, yachties, boat builders…..you can pretty much name it!) at the point where I was actually really close to giving up and booking that flight to Oz…it’s still quite surreal to think that the boat found me.

There is a website called find-a-crew.net
How it works is you create a profile and look for a boat, boats create profiles and look for crew. If you find a match you then need to pay something like 60 quid to exchange contact details. Or in my case, I didn’t have 60 quid so I sneakily just left enough hints on my profile about who I was and what I was doing that any potential boat with half a brain could track me down and contact me via the awesome world that is the web.

Having given up on finding a boat in Indonesia, and knowing I was there at the wrong time of year (the Trade Winds were still blowing the wrong way meaning boats do not head South until much later in the year)…I was giving up on Indonesia and moving on.

My journey had taken on an accidental military theme. I’d left from London on Anzac Day 2009. The highlight of my entire ride to date was stopping in at the Kiwi Base in Bamian, Afghanistan and spending some time learning about New Zealand’s operation in this amazing troubled country.
It was always my aim to make it to East Timor for Anzac Day, April 25 2010.

Way back when I started my friends back in London created a support group for me on Facebook called ‘On Ya Bike Kyles’. Between that and my blog I try and keep it updated. I know I don’t check it as often as I should…… but I do try.

I remember sitting down in an internet cafe in a town (appropriately named) ‘Ende’ on the island of Flores.

Well, I checked ‘On Ya Bike Kyles’ and nearly fell off my seat. There was a message for all to see written on my wall… ‘Hi Kylie, are you still looking for a lift to Australia? We’re in Bali and would love to have you as crew’.

There is a God!

Of course, I emailed back straight away!

The superyacht ‘Giriz II’ had been in Bali, Indonesia for 8 months undergoing a refit. Why Indo? Well, cos labour and materials are cheap. A whole lot cheaper than Oz that’s for sure. Girls II was owned by an Australian billionaire who spent a total of about 6 weeks a year on the boat…nice for some huh?!

The boat was to complete its refit and then head to the Whitsundays in Australia for the school holidays for the owner’s teenage kids ‘to play on’…..yip you read right.

So after ANZAC Day with the ISF in Dili, East Timor, I retraced my steps, was about-faced and went BACK to Bali.

I managed to get them once a month Pelni (Indonesian Shipping Lines) boat that was to take 3 days (reality was it actually took 5). The interesting voyage would be an understatement (probably deserves a blog of its own – watch this space).
Rats, cockroaches, trash, no privacy, and free food in the way of rice and fish heads….yummmmm. Where are you Golden Arches when I really need you?
The first night on the Pelni boat I slept on the deck and woke up to a group of men standing around me, staring at me. The second night I slept in a lifeboat. The third night I slept in the crow’s nest (true!) On the fourth night, I finally befriended the crew and was allowed to sleep on the bridge….praise be!

Let me just say that when you live in a small enclosed space with very few people, crew dynamics are important.
I consider myself one of the easiest people in the world to get on with! I’m considerate, friendly, well mannered.

It all started out well. Six of us.
It ended badly. With four. I got kicked off the boat in Cairns.

I can laugh about it now but at the time I was devasted!

The Captain (Australian). His Fiancee (French). Robin and Erika (Scottish), fellow cyclists I had met a few months back in Java who have also cycled from the UK. And Spacey, another Australian guy who was an experienced sailor – and me.

I lived with the Captain and his Fiancee on the boat for a good 6 weeks in Bali before we set sail. We got on well. Tensions were a bit strained at times as the Indonesian workers went overschedule by not days….but weeks. We had a deadline to meet – we had to get to Oz for the school holidays but we couldn’t leave until the work was finished!

Girls II was 46 years old, steel hull, a motor sail. The sails were just for show really! She was insured for 17 million euros. Frank Sinatra has even been on board….along with Robert Redford…photos to prove it!

By the time the Indo workers had finished we were in a hell of a hurry…..the Captain wasn’t even sure we would make it to Oz in time.

But on June 6, we set sail. The boat hadn’t been out in a long time. Time to see what she was capable of!

Well folks this day has finally come and my dream continues…bowlines are off and heading to AUSTRALIA!
Bon Voyage Indonesia (& Timor Leste)!


17 June 2010…Kylie has this Thursday, after 13 green days at sea arrived in Thursday Island…AUSTRALIA!

It was certainly an experience. It wasn’t the adventure I was hoping for. I had succeeded where other ‘overlanders’ had stumbled.
I really wish I’d learnt more.

I can’t even begin to describe the sequence of events that led to me getting off in Cairns but let’s just say the Captain’s Fiancee had some serious insecurities and for her to feel better about herself meant simply I had to go! Gutted.

Some things just aren’t meant to be………

Now my search starts again…I just need to find a boat to get me across the ditch …..HOME to the Land of the Long White Cloud.

I’ll be home for Xmas….you’ll see!

With Product You Purchase 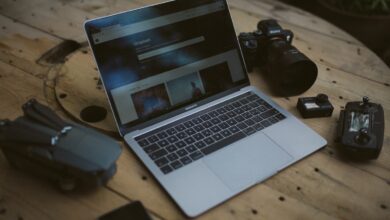 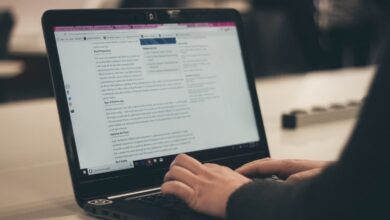 Check Also
Close
You need to set the Weather API Key in the theme options page > Integrations.
Follow Me

Go to the Arqam options page to set your social accounts.